Fed-up with food intolerance? Confused about FODMAPs? Read our nutritionist guide to everything you need to know about the FODMAP diet and irritable bowel syndrome (IBS) Don’t let the ‘diet’ in the name fool you, the low FODMAP diet is helping thousands of people who struggle with bloating, stomach cramps and other common food intolerance symptoms, for real! Unlike fad diets, the low FODMAP diet is backed by scientific evidence as it was developed by nutrition scientists and researchers at Monash University, here in Australia. If you’re fed-up with food intolerance interrupting your everyday lifestyle then it could be those cheeky FODMAPs hiding in your food.

The word FODMAPs is an acronym for Fermentable Oligosaccharides, Disaccharides, Monosaccharides And Polyols. These natural chemical compounds are found in everyday foods in varying amounts. So what do these words mean specifically?

Oligosaccharides - a chain of multiple simple sugars or ‘saccharides’ joined together in the chemical structure. ‘Oligo’ meaning ‘few’

Monosaccharides - a single sugar or saccharide such as fructose. ‘Mono’ meaning ‘one’

Polyols - a group of sugar alcohols including sorbitol, mannitol, maltitol, xylitol and isomalt

Technically speaking, these FODMAPs are a type of carbohydrate or sugar that can be poorly absorbed or ‘malabsorbed’ by some people creating unwanted symptoms of an irritable bowel-like bloating, stomach cramping and altered bowel motions such as diarrhoea or constipation.

What is Irritable Bowel Syndrome?

According to the Gastroenterological Society of Australia (GESA), Irritable Bowel Syndrome or ‘IBS’ is a medical condition affecting the large bowel or colon, which is the lower end of the digestive system. It is typically medically diagnosed as either constipation predominant (IBS-C), diarrhoea predominant (IBS-D) or mixed (IBS-M)1.

IBS is characterised by symptoms including:

IBS is very common, in fact according to the International Foundation for Functional Gastrointestinal Disorders it’s the most common functional gastrointestinal disorder worldwide, affecting 10-15% of the world’s population.

IBS should not be mistaken for Inflammatory Bowel Disease (IBD) where there is physical damage or inflammation of the bowel such in the conditions of Crohn’s disease and ulcerative colitis.

The exact causes of IBS remains unknown. However, there is an increasing association between IBS and immune activation, where approximately 10% of patients with IBS believe their condition began with an infectious illness. Observational studies have noted the chemical serotonin (5-HT) where blood plasma concentrations are reduced in IBS patients with constipation, but raised in those with diarrhoea. Other studies have hypothesised that Small Intestinal Bacterial Overgrowth (SIBO) could play a role and also genetics but these avenues need further exploration1.

Psychological factors seem to be an integral part of IBS. Notably, anxiety and depression are commonly associated with IBS. There are differences in brain responses in patients with IBS that have been documented and as we make advances in understanding the brain-gut axis we move closer to understanding IBS1. Again, it remains unknown if these psychological factors are cause or effect.

Does stress cause IBS?

No. Stress doesn’t cause IBS. However, stress and other strong emotions can exacerbate the symptoms of IBS due to the nerves around the bowel being affected. According to GESA, appropriate stress management strategies and activities can help alleviate symptoms of IBS such as exercise, meditation, relaxation and behavioural therapy, hypnotherapy and counselling can help. You may need to try a combination of different activities to see what works best for your situation.

What is the Low FODMAP Diet™?

Researchers, dietitians and nutrition scientists at Monash University in Victoria, Australia spent many years studying and collating scientific literature for food triggers of gastrointestinal upset. With further developments, the team established the Low FODMAP Diet™. Essentially, this is an evidenced-based diet that limits foods known to aggravate the gut and cause symptoms of IBS.

Broadly speaking, the diet consist of three stages: firstly restricting high FODMAP food to assess if symptoms improve/resolve; reintroduction to ‘challenge’ and assess symptoms/reactions and identify problematic foods; and finally FODMAP personalisation, where results are analysed to create an individualised modified FODMAP diet that is nutritionally adequate and sustainable long-term2.

Monash University has created a mobile app that has the largest food database of FODMAP-tested foods. In my professional opinion, using The FODMAP Diet App is an essential tool to correctly applying a low FODMAP diet into your lifestyle because it provides the latest information about the diet, appropriate food choices with a simple traffic light system showing ‘green’ as a low FODMAP food option, ‘orange’ as moderate and ‘red’ as high, as well as delicious FODMAP-friendly recipes.

Equally as important when implementing a low FODMAP diet is to have the support of an Accredited Practising Dietitian that is experienced with the diet. With a minimum of two consultations, you can expect a comprehensive assessment of your diet, medical history and lifestyle combined with education and counselling that is tailored to your specific needs and situation.

I know how frustrating IBS and food intolerance can be, I experienced this first-hand for about 10 years of my life and you can build up ideas on which foods you may suspect as triggers. However, when I was supporting clients on the diet, they were often surprised at the foods that they weren’t ‘blaming’, so having an objective professional on your side is always a good option. 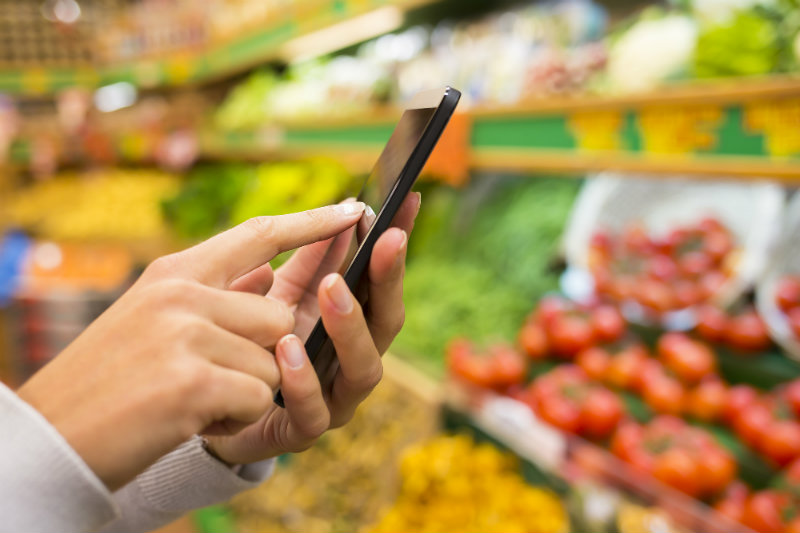 Which foods are high in FODMAPs?

The following table shows common high FODMAP foods but it’s not a complete list as foods are being developed, assessed and updated regularly. As you can see, the diet is quite restrictive, this is why it is so important to move through the elimination and challenges efficiently, then continue on a personalised modified FODMAP diet in the long run that is both nutritionally balanced and sustainable.

See The FODMAP Diet App to for the most current FODMAP ratings or to look up specific foods and ingredients.

Luckily, you don’t need to give up your True supplements if you’re following a low FODMAP diet. In terms of protein, True Vegan85 is a safe bet for a FODMAP friendly option. WPI90 may also be an option due to its very low lactose content. However, the decision to include WPI90 during the restrictive phase of the low FODMAP diet is best discussed with your dietitian. 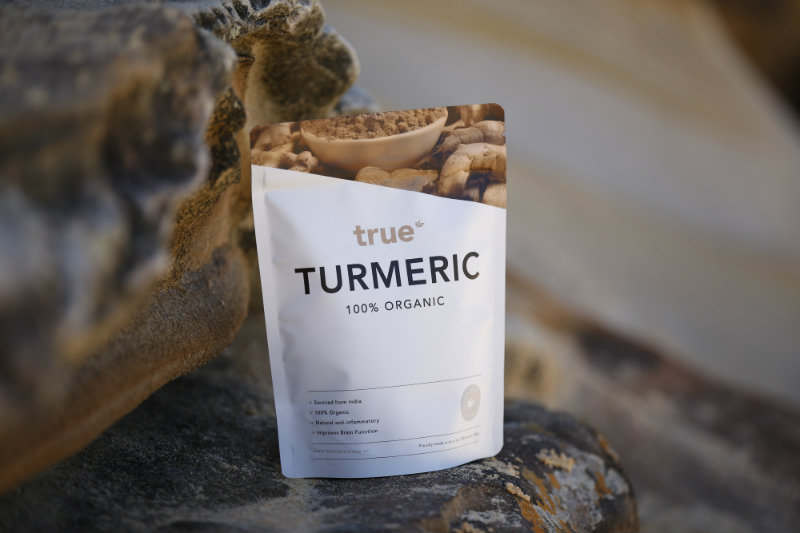 Do I have to stay on a low FODMAP diet forever?

No. The diet is designed to identify dietary triggers of IBS symptoms. Fully restricting FODMAPs by following a low FODMAP diet should take between two to six weeks. After this time and when IBS symptoms have improved, you can ‘challenge’ with specific FODMAP containing foods and assess your tolerance. By challenging foods one at a time, you can assess if you react to this type of food and/or how much you can consume before it causes symptoms of IBS.

In the long-term, your diet will likely include a range of low to high FODMAP foods in varying quantities, avoiding only the foods where your reaction was severe or tolerance was poor. This is known as the personalisation phase or the final phase of a low FODMAP diet where a diet is developed based on your individual results of trigger foods to ensure a nutritionally adequate and sustainable long-term diet.

If you experience digestive symptoms or suspect IBS than it’s important to first discuss this with your doctor. Although rare and unlikely, another more serious or underlying medical condition may have similar symptoms so it’s best not to self-diagnose.

If IBS has been medically diagnosed, following a low FODMAP diet could be an option for you in helping identify any dietary intolerances and manage the symptoms of IBS. People with IBS can often feel frustrated with their symptoms and not knowing what are the triggers, ultimately making the symptoms worse from stress, anxiety or depression. If your doctor has recommended or you choose to trial a low FODMAP diet then consider having the support of an Accredited Practising Dietitian or Accredited Sports Dietitian. This will help you appropriately implement the diet and carry out the food challenge process correctly without bias of your own previous experience with particular foods. Everything You Need to Know About the Keto Diet

Are you thinking of starting the Ketogenic diet? Find out if it's the best choice for you with research from our in-h... Is There More Than Macros?

Calories are out and macros are in. Counting your macros has been trending for weight loss and muscle gain, so if it ...