Is There More Than Macros?

Calories are out and macros are in. Counting your macros has been trending for weight loss and muscle gain, so if it fits your macros (IIFYM) then it must be healthy, right? Find out if macros really are everything... Move over calories, macros are the new kids on the block and they’re here to stay. We now know that weight loss is much more complex than simply restricting your calories. The trend of counting your macros has taken over and with good reason.

By manipulating your macros you can achieve lean muscle gain, fat loss or both! Sounds like the answer you’ve been searching for, right? We explore the science behind the macros movement as well as other vital components of a healthy diet that are commonly overlooked when tracking your macros.

Counting your intake of macronutrients has taken over from counting calories. If It Fits Your Macros (IIFYM) and Flexible Dieting are two such movements. The dietary principles behind this way of eating involves consumption of a specified quantity of protein, fat and carbohydrate every day. The amounts will differ depending on your current weight, training schedule, gender and goal (weight loss or muscle gain).

The most appealing part of this approach to dieting is that food quality doesn’t seem to matter, so if you choose to eat chocolate cake then essentially it’s fine because it fits your fat and carbohydrate targets. Winning!

Unfortunately, like most diets, this approach doesn’t suit everyone because there’s a whole lot more to do with food and your health that tracking your macros doesn’t consider.

What about energy, kilojoules and calories?

Everything we eat or drink provides us with energy in varying amounts. The energy in our diet is measured in units called calories or kilojoules. These terms are not interchangeable, one calorie equals approximately 4.18 kilojoules. It doesn’t matter which one you use to measure energy, as long as you’re consistent.

Let me explain...Even though calorie counting isn’t as trendy as tracking macros, energy intake reigns supreme. I am yet to see a weight loss diet trend that actually works without creating an energy deficit.

We all know someone that said they were previously eating healthily and exercising regularly yet could not shift a single kilo. So, they tried the [insert weight loss trend of choice here] diet, then the weight started to drop as you watched with envious eyes and became convinced their success was attributed to the new diet of which you plan to start on Monday.

So, what’s really going on in this situation?

An energy deficit was created and this resulted in weight loss.

An energy deficit can be created in many ways, whether it’s obvious or not. It’s usually the reason why fad weight loss diets work, but this doesn’t mean that the dietary practices involved are sustainable or healthy.

Here are common ways an energy deficit is achieved:

If weight loss is the goal, following a diet with prescribed macros will generally have an energy deficit going on behind the scenes, but the spotlight is on the macros instead of the calories.

Remember, there is no one diet that will be suitable for all. An individualised approach to health, nutrition and weight loss is best.

It can be common when focusing solely on your macros that you have too much protein, fat or carbohydrates from familiar foods that you forget about the minor details, namely micronutrients.

According to the World Health Organisation (WHO), micronutrients are named so because they are needed only in tiny amounts. These substances enable the body to produce enzymes, hormones and other compounds essential for proper growth and development. As tiny as the amounts are, however, the consequences of their absence in the diet are severe.

Micronutrients include the vitamins, minerals and antioxidants that are essential to our diet. A well-balanced and diverse diet of whole foods should provide adequate amounts of micronutrients. However, there are many reasons why a person's diet may become low or deficient in a particular micronutrient and a deficiency could arise. Even marginal micronutrient deficiencies can negatively impact your sporting performance as well as your overall wellbeing.

For example, zinc is a trace element essential for normal metabolism, immunity and functioning of more than 100 enzymes within our body. A zinc deficiency can present as tiredness, fatigue, frequent illness, dry skin, thinning hair and/or reduced sex drive2. Whole grains, legumes, seeds and green leafy vegetables are great sources of zinc but they may not be the foods of choice when tracking macros.

My point being, if you focus solely on macronutrients, you could inadvertently be missing out on foods that provide a good source of a specific and essential micronutrient.

Carbohydrate foods provide the same amount of energy per gram as protein foods. However, carbs are typically overeaten because they have a lower satiety value, so they don’t fill you up as much.

Carbs are one of the first foods that are targeted when trying to lose weight. You shouldn’t cut them out completely. A better choice would be to reduce or avoid simple carbs and eat appropriate amounts of complex carbs.

Simple carbs are foods like table sugar, syrups, honey, soft drinks, ice cream, lollies, sweets and often heavily processed items like biscuits, snack foods and commercial sauces. These foods are nutrient-poor and energy-dense, meaning they don’t provide you with quality nutrition but mostly excessive energy which can lead to weight gain if you don’t burn it off by exercising.

Complex carbs are foods like whole grains (buckwheat, quinoa, brown rice, polenta, rye, sorghum etc.), wholemeal or dark brown breads, sweet potato, potato, pumpkin, corn, legumes, fruit, dairy milk and yoghurt. Because these foods contain an abundance of vitamins, minerals and fibre, the energy contained within them is slowly released during digestion so you don’t get a rapid spike in blood sugar levels followed by a crash.

Tracking your carb intake doesn’t discriminate between simple and complex carbohydrate foods. Both types have a place in enhancing sports performance but if the timing or quantity of either complex or simple carbs is used ineffectively, then your performance and recovery could be impaired. 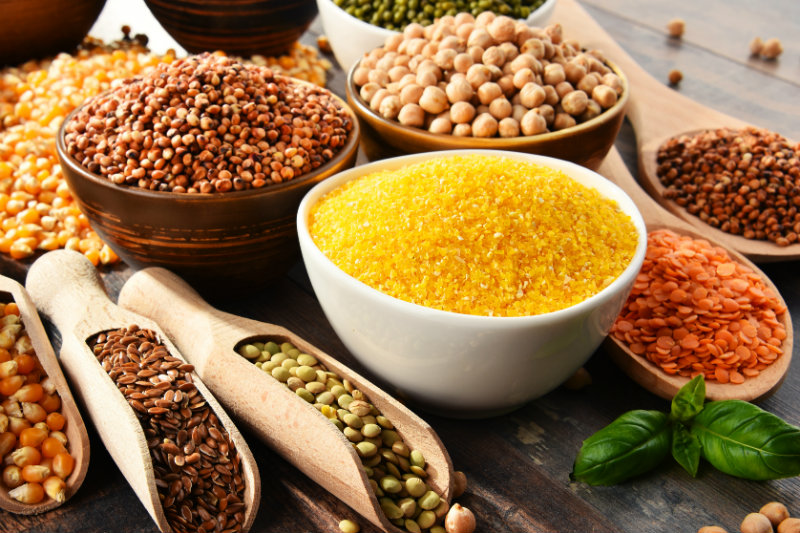 Food is more than the specific nutrients it contains. Nature has a way of creating entirely balanced whole foods that contain nutrients, enzymes, water and other natural compounds that are already in the correct ratios, fit for human consumption. We cannot expect that if you take one component or nutrient out of a whole food and ingest it on its own, that it will have the exact same effect on our body and health as it would if left in its whole food form.

This is one of the reason why nutrition is a science. Science is ever-changing and we’re constantly making new discoveries as we learn and understand the human body, health and sports performance, and how natural whole foods or manufactured foods has an effect on these areas.

After considering this, we can see how the process of tracking macros has its limitations. So, be sure to include variety in your diet and predominantly whole food options to hit your macro targets.

A note on the social implications

Eating and drinking together is a major aspect of socialising. Food and drinks can often be the focus at a party or celebration like winning the grand final or after a competition. Sticking strictly to your macros can be difficult, especially when socialising. Often, you may have to bring your own food, eat beforehand or avoid going to an occasion altogether.

It’s important to keep the end goal in mind when it comes to sports nutrition and training but this shouldn’t be to the extent of social isolation, feelings of guilt, deprivation or unhealthy eating habits.

A better way to approach this situation is to eat intuitively or mindfully. This means that you can allow yourself to consume foods that you know might hinder your weight loss or performance goal but by having only a small amount and savouring the flavour. You can enjoy it, feel fulfilled and get back on track without the guilt or feelings of failure.

Tracking your macronutrients (fats, carbs and protein) is a dietary practice to help educate and assist you in achieving your weight loss, muscle gain or performance goals.

The method is most effective if you consume a variety of quality whole foods rather than eating the same thing. This will ensure a variety of vitamins, minerals and other nutritious substances that solely tracking your macros doesn’t take into account.

Food is so much more than counting calories or macronutrients. Socialisation and enjoyment that comes with food is an important part of our health that shouldn’t be overlooked when following a diet. Are you looking to lose weight, gain muscle or finish a long-distance event? Our in-house Accredited Sports Dietitian... Supplements to Include as Part of a Healthy Diet

Food and nutrient supplements are concentrated sources of vitamins, minerals and other beneficial components found in...