Everything You Need to Know About the Keto Diet

Are you thinking of starting the Ketogenic diet? Find out if it's the best choice for you with research from our in-house Accredited Sports Dietitian Ketosis, ketogenic, high fat, low carb and ketone bodies are the latest buzzwords in the weightloss and fitness industry. The “keto” approach is quickly surpassing the paleo movement as the new diet trend for 2018.

The concept of eating bacon and butter as a healthy breakfast is enticing for many but as with anything in the field of nutritional science, there is much misinformation.

We have consulted with our in-house Sports Dietitian and Nutritionist Roslyn Yee, who has put together some helpful information to answer your keto questions.

What is the ketogenic diet?

A ketogenic diet is a way of eating that shifts your body into a metabolic state called ketosis. In this state, small molecules called ketone bodies are produced and are utilised as an alternative energy source instead of the body’s preferred energy source - carbohydrates.

A ketogenic diet is very low in carbohydrates, high in fat and low-moderate in protein. The variation in macronutrient distribution will vary depending on where you get your diet guidelines from. A typical ketogenic diet provides 5% of energy from carbohydrates, approximately 15% from protein and 80% from fats1.

Foods allowed on the ketogenic diet include:

Foods excluded from the ketogenic diet:

True MCT oil, although it may not directly increase ketones, provides fat and energy derived naturally from coconut and fits well into a ketogenic diet. 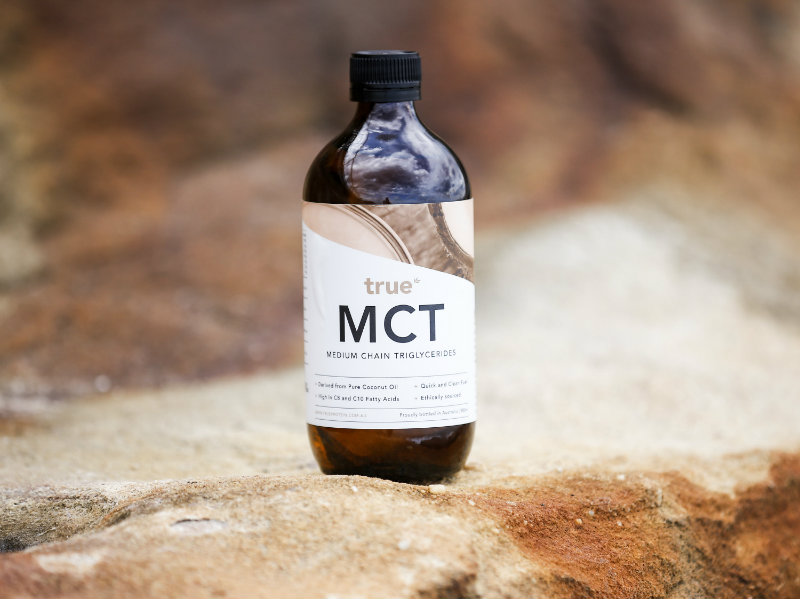 What does a one-day meal plan look like on the ketogenic diet?

How does it work?

Your body’s preferred source of energy comes from carbohydrates. The macronutrient is broken down through digestion into smaller compounds, predominantly glucose. Glucose is the fuel for your brain, central nervous system and working muscles during exercise. Glucose is stored as glycogen in the muscle and these stores can be depleted during prolonged or high intensity exercise leading to muscle fatigue. Glycogen stores need to be replenished to continue working, and a consistent fuel supply is needed to prevent impaired performance.

When carbohydrates are heavily restricted (from a ketogenic diet), your body must find an alternative energy source for survival and fat becomes the fuel via oxidation and in the form of ketone bodies.

Initially, the diet change is drastic and you could feel flu-like symptoms such as drowsiness, tiredness, aches and irritability. Generally, this will subside after a few days and by day five, in combination with exercise, the muscle is seen to enhance fat-burning capacity2.

The ketogenic diet will need to be followed for about three weeks to achieve metabolic adaptations from ketosis such as improved fat oxidation capacity3 and blood glucose reduction4.

The concept of using fat for energy over carbs would be ideal for those of us looking to burn stored fat or to fuel a strenuous endurance event where we’re constantly needing to consume glucose. Currently, this concept is only hypothesised and we’re yet to see sound evidence to prove that using ketone bodies as an alternative fuel source is a more efficient pathway.

What are the real benefits?

Weight loss is commonly seen in the early stages of starting the diet. The weight is mostly water. Why? Because water is stored with glycogen (carbohydrate) in the muscle, so when glycogen is depleted (through a restrictive low carbohydrate diet) fluid will also be shifted. Unfortunately, the water weight will come straight back as soon as you stop the diet and return to eating carbs.

Another reason why you might see weight loss on the ketogenic diet is if your overall energy intake is now less than your previous intake. This is called an energy deficit, and is created by eating fewer calories/kilojoules or burning more energy from increasing exercise. Despite the ketogenic diet enabling your body to utilise fat as energy, it’s unproven if the diet allows your body to burn it’s own stored fat independent of an energy deficit. So for this reason, it’s the energy deficit that is an effective weight loss strategy, not ketosis.

Ketogenic diets have been proposed to benefit various athletes, but this is dependent on the depletion of liver and muscle glycogen stores5. So, in sports where carbohydrate availability can be a limiting factor to performance such as endurance sports like cycling, triathlon and running, the concept of glycogen sparing may be of possible benefit. Currently, there are mixed opinions as to whether ketone bodies “spare” carbohydrate (glycogen) reserves or later impair its utilisation during higher intensities5. There are times when even endurance sports will require a burst of high-intensity exertion particularly when you need to beat your competition across the finish line. 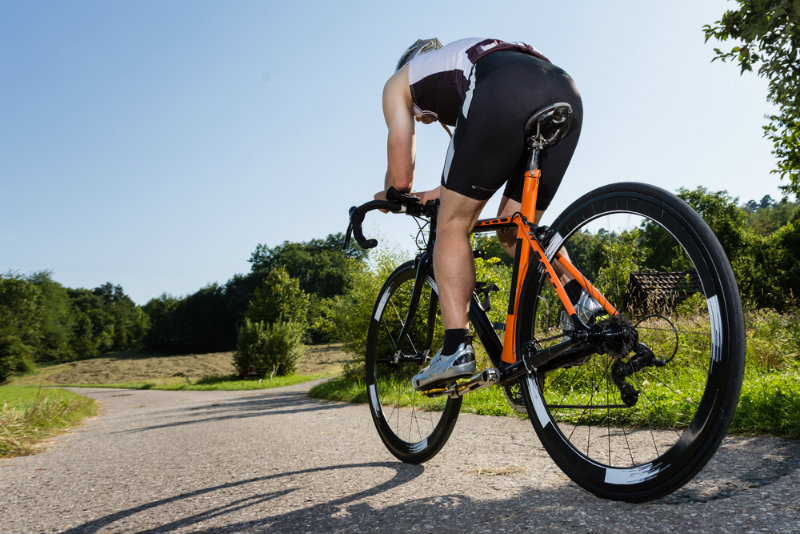 There have been other reported benefits from following a ketogenic diet, where improved physical performance and cognitive function was observed in rats6. In humans there has been similar reported benefits7 but mostly anecdotal.

Notably, there is research showing benefits in epilepsy management (where the ketogenic diet originated and continues to be used), and potentially for Parkinson’s and Alzheimer’s disease6, longevity and age-related disorders8 and cancer9.

Some foods included are high in saturated fat and cholesterol like fatty meat, butter, cream and coconut. High intake of saturated fat and cholesterol have been linked to elevated blood cholesterol (LDL cholesterol, the bad one) which predisposes you to atherosclerosis, a disease where plaque builds up on the heart’s artery walls10. It’s not clear whether following a ketogenic diet will directly lead to heart disease but it’s best avoided if you or your family has a history of any cardiovascular condition.

Following a restrictive diet is usually not sustainable in the long-term and it can impact on your social life. You may not be able to eat at cafes or restaurants with your friends and family as frequently. It can be exhausting to consistently have to weigh your food and track your macro’s to ensure you stay in ketosis. Eventually, you will grow tired of having to BYO salmon and avocados to every gathering you attend, testing your willpower until you you crack and scoff a loaf of bread bumping you out of ketosis.

Many people may have considered following a ketogenic diet but have been deterred by the restrictiveness and time needed to see adaptations. Ketogenic supplements or exogenous ketones are compounds that you can supplement into your diet with the aim of achieving ketosis and physical adaptations without having to “do the time” on a ketogenic diet (or starving yourself).

Currently, there is limited information on the effects of supplementation on exercise metabolism and performance in recreational and/or elite athletes5.

Commercially, you will find exogenous ketones as β-Hydroxybutryate (BHB) and in salt form. They are commonly referred to as ketone salts.

Research suggests that when ketone salts are supplemented prior to exercise, fat oxidation increases during steady-state exercise but impairs high intensity exercise performance11. Similarly, to the ketogenic diet. A recent study showed that ketone salts induces nutritional ketosis and alters the metabolic response to exercise in trained cyclists. However, the blood concentrations of BHB, from ketone salt supplementation did not rise high enough to a level where performance benefits were shown12.

Another form of exogenous ketones are the ketone esters. These esters are chemical compounds that are very expensive, they’re reported to taste horrendous and are reserved mostly for research (not commercially available). Because these substances are used mostly in research, there has been some promising findings for their potential use in sports nutrition and within the health and fitness industry (as well as the medical arena).

Notably, ketone esters have been found to reduce ghrelin levels which has an appetite suppressive effect13.

Ester supplementation combined with glucose (carbohydrate) has shown increased glucose uptake and muscle glycogen synthesis14, improved performance during a cycle time-trial3 and has been found to elevate blood concentrations of BHB to a range higher than what is achieved through ketone salt supplementation15.

Despite the name, raspberry ketones do not fall under the same category as exogenous ketones, they are a completely different molecule and have been shown to be ineffective in relation to a ‘fat-burning’ supplement. 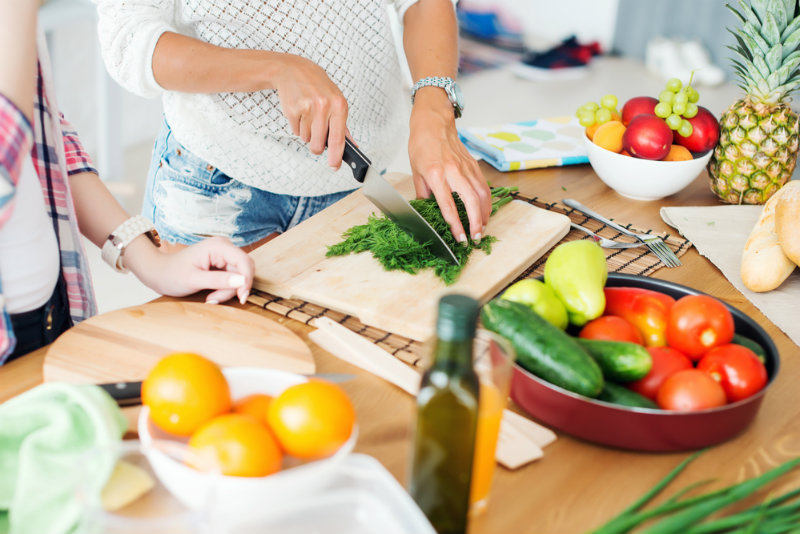 Fed-up with food intolerance? Confused about FODMAPs? Read our nutritionist guide to everything you need to know abou...