by Natalie Crofts reviewed by our Nutrition Team 05 April 2018

Did you know 1.2 million (6%) Australian adults are suffering from diabetes? Find out what foods can help you fight the disease... Diabetes is a serious health condition found in over 380 million people around the world. Unfortunately, this already high number increases every year.

The Australian Bureau of Statistics (ABS) reports that there were 1.2 million (6%) Australian adults aged 18 years and over who were suffering from diabetes in 2014/15. For that same period, there were 1 million hospitalisations associated with diabetes and 16,400 deaths.

Is there anything we can do to fight this disease? Certainly, but let’s first outline the most important facts.

Diabetes is a metabolic disease caused by a high blood sugar. Glucose or blood sugar represents the main source of energy for the human body and it depends on the quality of the food you eat. Insulin, a hormone produced by the pancreas, extracts glucose from food and helps it get absorbed by our cells which then use it for energy. In certain cases, the body doesn’t produce enough or any insulin, and as a consequence, glucose remains in the blood and doesn’t get absorbed by the cells. Over time, having too much glucose in your blood causes health problems.

There are several types of diabetes, the three most common ones being type 1, type 2 and gestational diabetes.

• Type 1 diabetes means your body doesn’t produce insulin at all, as your immune system attacks the cells in the pancreas which is responsible for the production of insulin. This type of diabetes can manifest in any period of your life.

• In case of type 2 diabetes, your body doesn’t use insulin well, or it doesn’t produce it. This type of diabetes is most common in middle-aged and elderly people, but it can be developed at any age. What differs it from type 1 diabetes is the fact that it is a direct result of an unhealthy lifestyle and not a metabolic autoimmune disease.

• Other types of diabetes are monogenic diabetes, which is usually inherited, and cystic fibrosis-related diabetes.

There are a number of health problems associated with either type of diabetes and they include:

There is no known cure for diabetes, only more and less effective ways to handle it. As we’ve already stated above, certain types require taking insulin, but there are also a plethora of medications which help regulate and sustain normal blood sugar levels.

However, adjusting your diet is also highly essential for battling this disease. We have already discussed on our blog simple ways to reduce your sugar intake, but now we want to make an ultimate list of power foods that will help you fight diabetes. 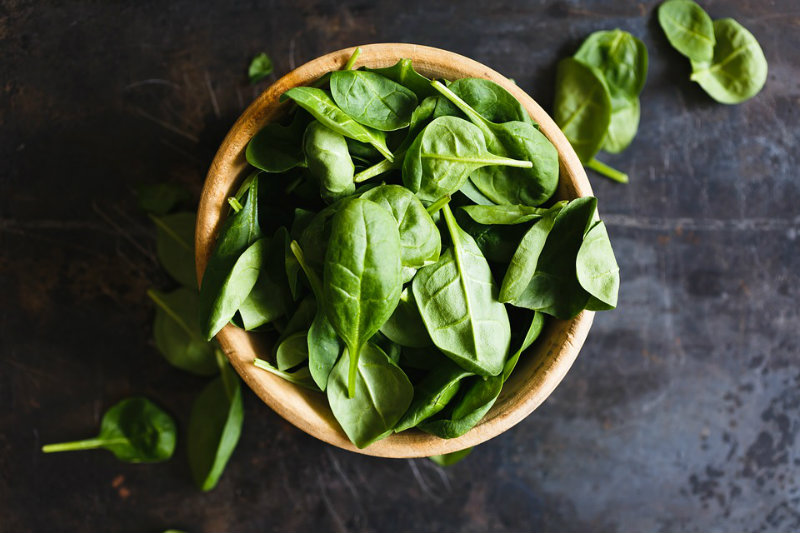 According to a study conducted by the Ohio State University, one apple a day lowers bad cholesterol -LDL by 40%. There is a special type of antioxidant in apples which helps lower the LDL, which is responsible for the development of heart diseases. The same goes for diabetes. The Harvard School of Public Health examined over 200,000 people whose diet included five or more apples a week. The persons in question had 23% less chance of developing type 2 diabetes, as opposed to those who didn’t eat apples at all. In addition, a normal-sized apple has around 3 grams of fiber, both soluble and insoluble. The best way to consume apples is by eating them raw or in a form of a smoothie.

All cruciferous vegetables like kale, spinach, Swiss chard, and broccoli are excellent foods for diabetics. Since they are low in calorie and carbs and are rich in antioxidants, these green vegetables represent one of the best weapons for fighting chronic illnesses. A study has shown a 14% decrease in developing type 2 diabetes thanks to their regular consumption.

This non-starchy vegetable contains only 5 grams of carbohydrate, 20 calories, and almost 2 grams of dietary fiber per portion. It is also extremely rich in an antioxidant called glutathione, which helps fight the signs of aging, as well as many other diseases like diabetes, heart diseases, and cancer. According to preliminary research published in the British Journal of Nutrition, asparagus helps sustain normal blood sugar levels and insulin production. 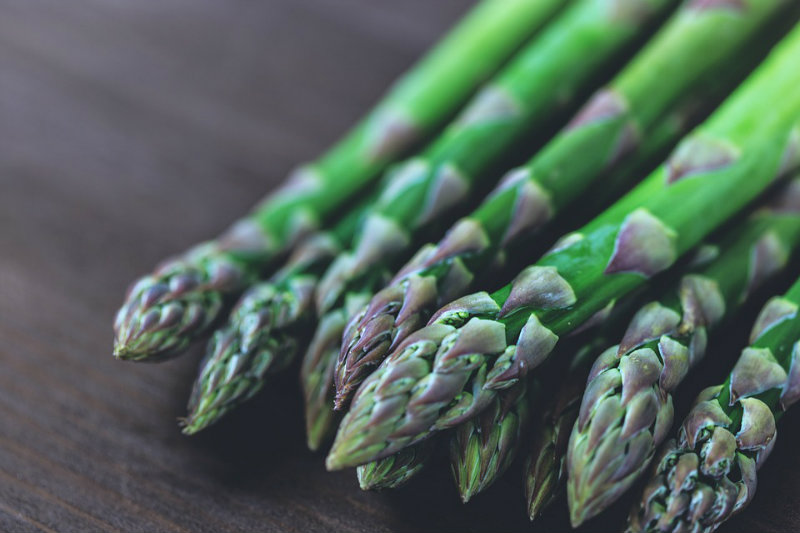 Because it’s rich in soluble fiber, oatmeal reduces the sense of hunger and blocks the absorption of carbohydrates, leaving your blood sugar levels normal. In addition, it also lowers the chances of developing cardiovascular diseases and high cholesterol, which are more dangerous for those who are already battling diabetes. As an essential part of every diabetics diet, oatmeal is easily combined with other foods, especially for breakfast or in a form of a healthy snack.

Quinoa is a seed from a plant related to spinach. Even though most plants are not complete proteins due to the fact that they don’t contain all the essential amino acids, quinoa represents an exception. It is a full protein and it’s also rich in fiber which controls the absorption of carbohydrates and regulates the level of glucose in the blood.

Tomatoes contain carotenoids and flavonoids which are responsible for giving vivid colours to fruits and vegetables. More importantly, these plant chemicals work as anti-inflammatory and antioxidant agents in the body, resulting in a lowered risk of chronic diseases, heart conditions, cholesterol, and other signs that can eventually lead to diabetes. Tomatoes are non-starchy vegetables, which means they don’t have a negative effect on your blood sugar levels.

Blueberries are considered one of the ultimate power foods because they are packed with antioxidants. Thanks to the anthocyanins found in blueberries, the chances of contracting type 2 diabetes are up to 25% lower. They are delicious and easily consumed in any form. And if you want to boost their nutritional value, throw them into a smoothie together with moringa, another important member of the superfoods family. 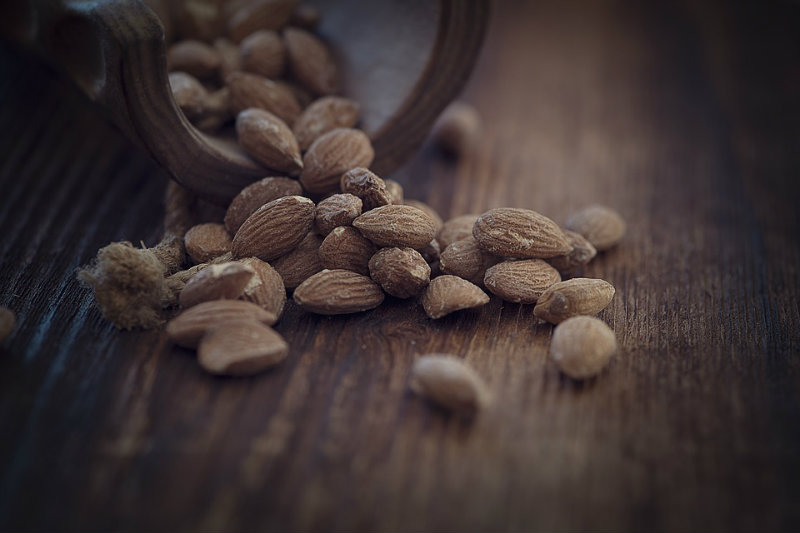 The omega-3 fatty acids found in fish like salmon, mackerel, and herring are proven to reduce the risk of heart diseases which are often a direct consequence of diabetes. Not only that, but the perfect combination of protein and fat helps slow down the absorption of carbohydrates which impacts the blood sugar levels in the body.

Fat-free yogurt is highly beneficial for diabetics, mostly because it is high in protein, low in fats and low in carbohydrates. This nutritional mixture enables the body to decrease the absorption of glucose into the bloodstream. Also, the presence of calcium helps lower the risk of developing type 2 diabetes.

Almonds are packed with magnesium and monounsaturated fats. These types of fats reduce bad cholesterol levels in the blood, thus lowering the risk of suffering a stroke or heart disease. They also contain nutrients that help in developing and maintaining your body’s cells. Magnesium intake is very important for people suffering from diabetes because their bodies contain lower levels of magnesium due to elevated blood glucose levels. A high-magnesium diet is responsible for lowering the chances of developing type 2 diabetes by 30%.

Feeling better is all about the right state of mind and body. It takes time to establish a healthy routine, but it is all worth it in the end. Finding a quick solution by taking a hand full of medications won’t help. Your body reflects the things you include in your diet, so ensure you only put in the healthiest ingredients that can help fight diabetes. A quick guide to seven of the most common superfood powders and what you need to know about them...