by Natalie Crofts reviewed by our Nutrition Team 13 August 2018

You might not give a second thought to something as automatic as breathing, but there is a fascinating science behind it 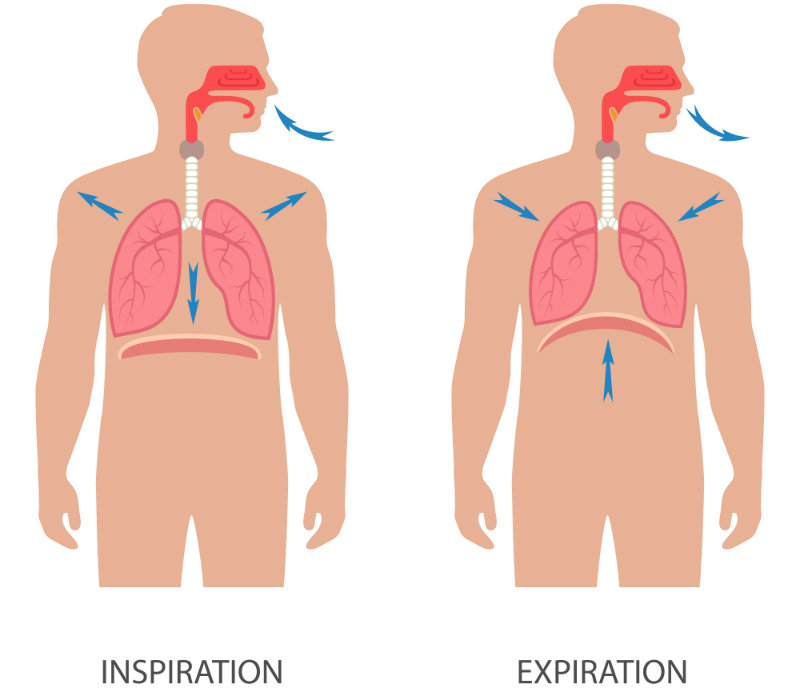 Controlled breathing during workouts and cardiovascular activity not only assists with form, particularly for weightlifting, but it can also improve performance. A brief hold of the breath can help stabilise the body during plyometrics or weighted exercises, a sharp exhale can help push you through a tough rep when strength training, whilst quick tempo, continuous breathing during a rhythmic activity such as running can help to prevent injury. Of course, breathing in and out is an involuntary function, but the quality and control of the breath are what is most important during exercise to deliver plenty of oxygen-rich blood to the heart. Avoid holding your breath, breathing too quickly and taking shallow breaths and instead breathe from the belly. This is particularly important during cardio activity, while deeply exhaling is beneficial when exerting energy in strength training.

A 2017 paper on the calming effect of breathing by researchers and scientists at the Stanford University School of Medicine, identified a small group of neurons responsible for communicating activity in the brain’s respiratory control centre to the structure responsible for generating arousal in the brain. These nerve cells deep in the brainstem link respiration to relaxation, attention and alertness during different states of breathing and have been referred to as the 'respiratory pacemaker’ by the senior author of the paper, Mark Krasnow. Originally discovered in a study on mice in 1991, the neuron structure, called the pre-Bötzinger complex, has since been identified in the breathing patterns of humans, connecting respiration with the brain’s arousal centre for the first time in science history.

Slow breathing exercises are frequently used to treat some anxiety disorders, whilst this kind of controlled breathing technique has been historically used in yoga and other meditative practices to induce a change in our emotional state. Breathing techniques don’t just work for relaxation but for helping to control the heart rate during exercise and even to strengthen the diaphragm in patients diagnosed with Chronic Obstructive Pulmonary Disease (COPD), too. 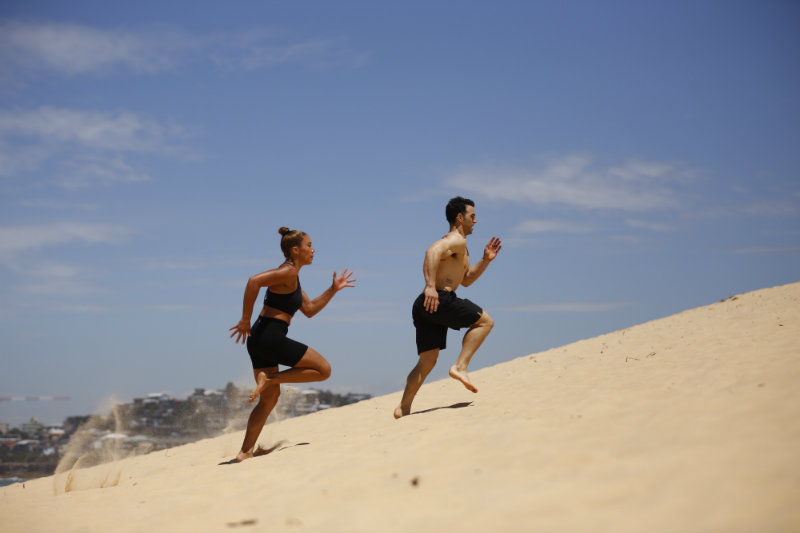 This technique, known as rhythmic breathing, is best used in running and/or power walking, particularly as it can reduce the risk of injury according to running coach and author of Running on Air, Budd Coates. Coates observed that synchronising breathing exhalations with alternate foot-strike, referred to as the 3-2 pattern, could improve performance. Here's how: The idea is to reduce impact stress each time a foot hits the ground by concentrating on your breathing pattern so that you don’t continuously exhale – when the diaphragm is at its least stable – on the same foot. Often, when running, your natural exhale occurs as the same foot hits the ground, causing more impact stress on one side of your body than the other. This rhythmic breathing technique allows a brief rest to both sides of the body so that one side is not continuously absorbing the impact, instead foot-strike is coordinated with the inhale and exhale of the breath in a 3-2 tempo (inhale for three steps and exhale for two) to share the impact across both sides of the body equally. This method requires a degree of concentration and is best practised when walking to start with, but the more you practise it the more natural it will start to feel. 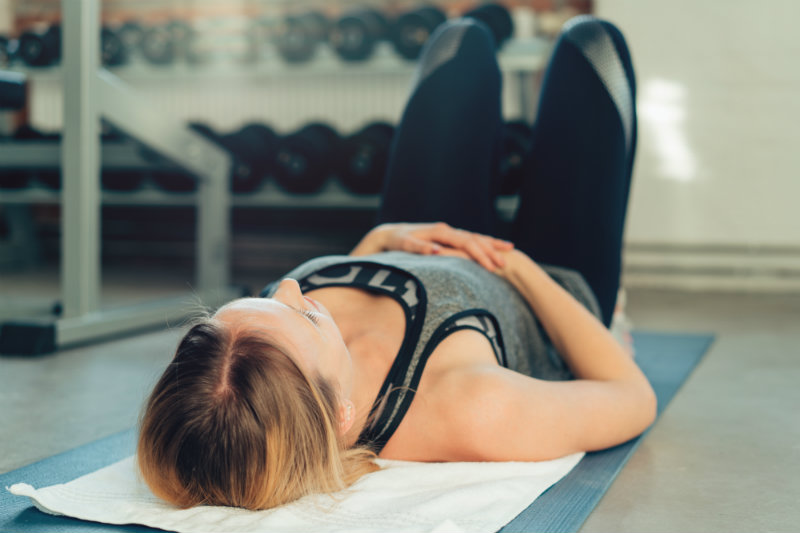 Mastering diaphragmatic breathing will help you to perfect many alternate breathing techniques. It is essentially breathing from your belly rather than your chest to encourage a full oxygen exchange: filling your lungs to capacity with oxygen and expelling an equal amount of carbon dioxide. One way to practise belly breathing is to lie back with your knees bent and place one hand on your chest and one hand on your abdomen. Breathe in slowly through your nose, deep into your lower belly, ensuring you raise your belly as you do so, trying to keep your chest still. Use your hands to monitor this movement. Take a brief pause then breathe out through your mouth and feel the hand on your belly move down to its starting position as you comfortably expel every last drop of air, contracting your abdominal muscles to draw your belly button into the spine as you push the air out. Repeat this up to 10 times, several times per week. This method is, in fact, how we are meant to breathe all the time – if you observe a baby’s breath, you will notice belly breathing is what we were born to do but, with age, we tend to get out of the habit. 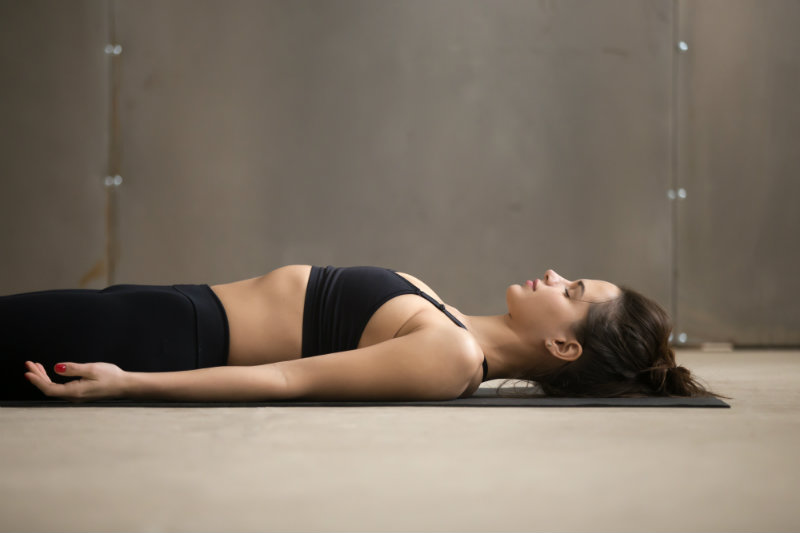 Pranayama is the name given to breathing control in yoga, derived from the Sanskrit word ‘prana’ that translates to ‘life force’ and ‘ayama’ that translates to ‘draw out’. There are many different pranayama techniques, but what exactly is this mysterious concept? Well, put simply, it’s a healing system that focuses on releasing and channelling life energy through the power of breath to nurture physical and mental health. Begin by lying down on your back, stretching your legs out in front of you with your arms out to the side, palms facing up, and concentrate on relaxing and becoming still – this is known as savasana, or corpse pose. After a couple of minutes start to observe your breathing pattern and begin to shape it to bring it into a smooth, even rhythm, trying to open up and use the full circumference of the lungs to breathe more fully, but being careful not to increase the volume of breath. From here, you can begin to take your breathing into one of the many techniques that include changing positions, pausing the breath, becoming vocal with your breathing and trying different breath ratios to improve the overall quality and pattern of your breath. 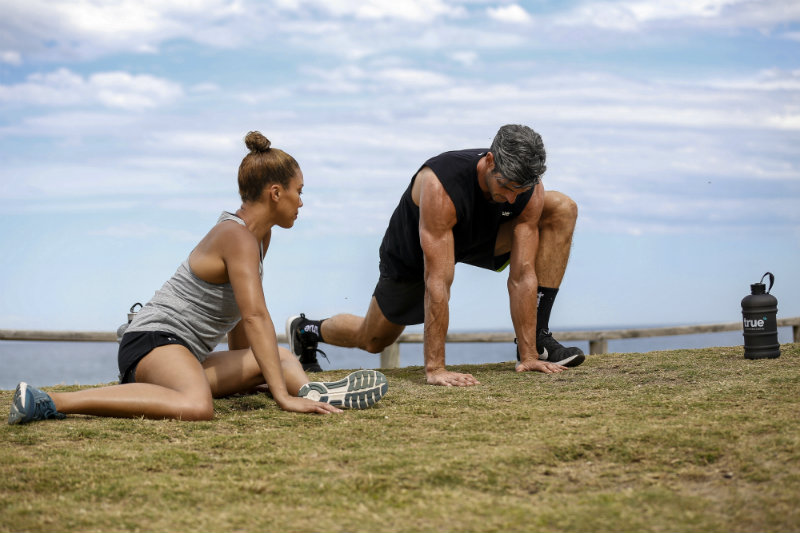 Muscles relax and lengthen as you use the breath in stretching, impacting the efficacy of your flexibility. Breathing deeply while stretching not only brings more oxygen to the muscles, but it can also help improve circulation and reduce the lactic acid build up (caused by oxygen depletion) during workouts. An exhale can also assist you in pushing deeper into a stretch, allowing the muscles to relax and lengthen so you can take the stretch a bit further without injury. Start by inhaling through the nose as you prepare for the stretch and exhale through the mouth as you move into it. Inhale as you hold the stretch and exhale to increase the intensity of the stretch. Hold the stretch for around 30 seconds or so, using the breath to push deeper into it with each exhale to increase the elasticity in your muscles over time. 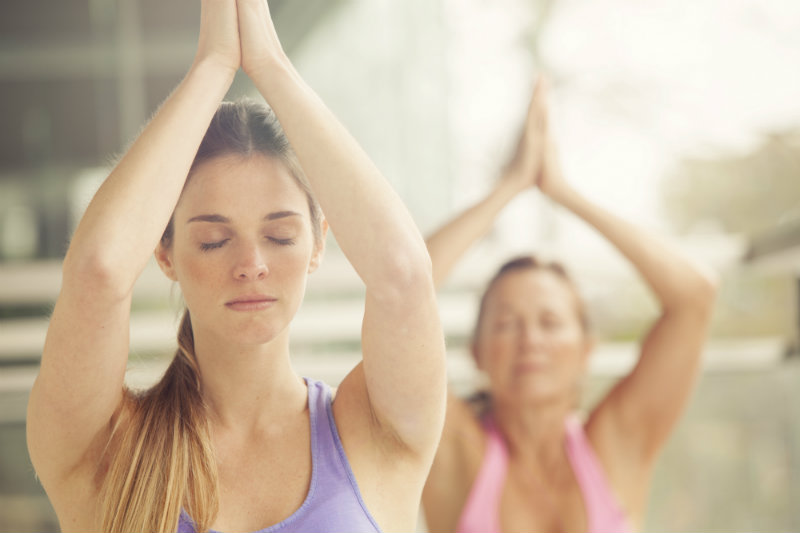 This technique works by breathing to a ratio of 4:7:8, best practised when lying down. Inhale through your nose for the count of four, hold the breath for the count of seven and exhale for the count of eight. Repeat 3-4 times. Why? Well according to its creator, Dr Andrew Weil, this derivative of the pranayama technique brings the body into a state of instant relaxation, frequently used to reduce stress and as a bit of a life hack to induce a restful sleep. The very specific breathing pattern allows the body to replenish oxygen whilst forcing the mind to focus on regulating the breath, replacing any anxiety or worry you might be experiencing.

It’s clear, deeper breathing has a multitude of benefits, and being mindful of the breath is not just for yogis. A deep belly breath not only feels good, but it helps you to relax, can improve your sporting performance and muscle recovery, prevent injury, reduce anxiety, induce sleep and so much more. Whilst breathing is an automatic function, the power of oxygen should not be taken for granted. The average adult breathes around 12-20 times per minute, but most of these breaths are taken without second thought, likely without using the diaphragm. Bad habits, stress and modern life have seen us compromise time spent stretching, breathing and winding down. Taking time out of your day to optimise your breathing and retrain your diaphragm will see you reaping the rewards – and precious oxygen – in no time. 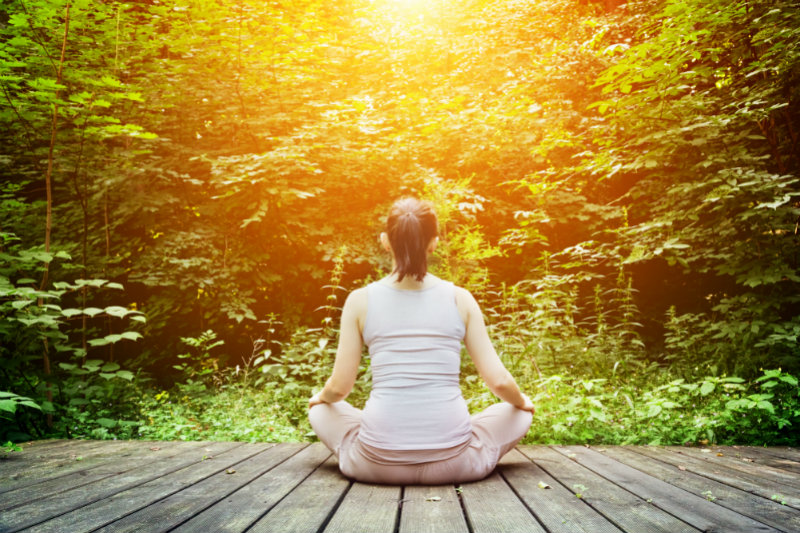 The Lowdown on Electrolytes & Hydration

Learn more about the importance of hydration, the role of electrolytes, and if sports drinks are right for you

Skipping breakfast in the morning and have chips in your desk drawer? Here are four ways ...