by Justin Chapman reviewed by our Nutrition Team 27 May 2014 There is an increasing amount of evidence showing the use of artificial sweeteners and flavourings can have an adverse impact on your health. Currently, the majority of companies supplying sport supplement products are using an artificial sweetener called Sucralose as their sweetening agent.

Even more importantly, if you do come across a company still using either saccharin, aspartame or acesulfame potassium then avoid it like the plague. All of these artificial sweeteners have had highly negative research published indicating that they promote cancer and disease.

To make an informed decision, you’ll need to arm yourself with the facts.

Sucralose is an artificial sweetener used in a wide array of baked goods, desserts, ice cream and soft drinks and commonly appears in the brand Splenda. It is created by chemically reacting sugar with chlorine (subsequently making it artificial). Historically, prior to approval by the FDA, there were mixed results from tests on rats that were inconclusive in verifying the overall safety of the product.

A 2012 study also indicated a correlation between sucralose usage and negative impacts with the functioning of the gut and IBD (Inflammatory bowel disease). Again, this study was not conclusive in determining that Sucralose was the cause but highlighted a correlation.

Again in 2012 an independent laboratory based in Italy has announced that sucralose has caused leukaemia in a test exposing mice to the substance. This report has not yet been published so we are yet to establish clear cut negative correlations from human consumption.

Stevia is derived from a plant (yerba dulce) that traditionally grew in South America but is now prominent across a wide range of countries. The sweetness that you receive when consuming Stevia stems from 2 components of the plant, Stevioside and Rebaudioside.

Up until very recently Stevia has taken somewhat of a backseat to the “mainstream” artificial sweeteners. This is mainly due to the bitter aftertaste Stevia produces after delivering its sweetness. 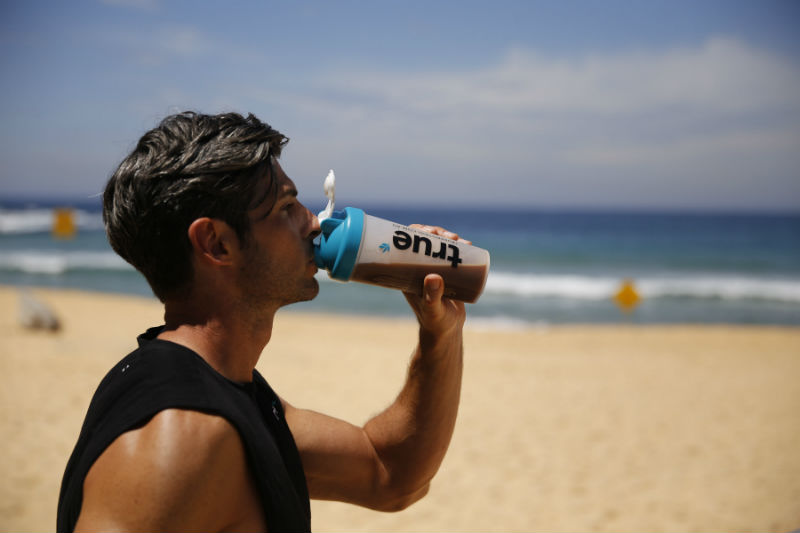 What processes are used to create these sweeteners?

Stevia is a naturally derived sweetener originating from a plant, making it a pure and natural sugar substitute. The major downside associated with Stevia was in relation to its bitter aftertaste. However, with a huge investment in research and flavouring techniques, this is no longer a concern and the flavours we have created are a testament to that.

Sucralose, on the other hand, is an artificial sweetener made by combining sugar with chlorine and is on the wrong end of numerous negative health concerns. While the effects have not been fully established, regular Sucralose could have a negative impact on overall health.

Life is sweeter with Stevia

When developing our range of products, we tried and tested a huge range of competitor products and the lingering aftertaste was always bad. The True Protein philosophy towards product development is to focus on purely natural ingredients. With this in mind, our flavoured protein powders utilise plant-derived stevia as a sweetener. The result tastes sensational and is better for your body.

Ultimately, it will come down to your personal stance on whether you find this information relevant to your overall nutrition plan. Whether you are taking a Sucralose flavoured or stevia flavoured protein powder, the amount being used in the production process will be extremely small, however, despite these small quantities, we believe that natural is the way forward.

The feedback and testing groups that have had the opportunity to trial our stevia flavoured proteins are overwhelmingly positive towards the huge difference such a small change can make to flavour, mouth taste and overall body feel.