Making a name for himself as one of Australia’s leading personal trainers, gym owners and social influencers, Andrew ‘Pap’ Papadopoulos is well known for testing the limits of his body and sharing for all to see. However, what you might not know from the surface of his social media, is how this passionate former soldier works to support servicemen and women following his own experience in the Australian Defence Force.

‘It was 2014 and I was at Terrigal on the Central Coast attending a dawn service for ANZAC Day,' says Andrew. 'It was raining heavily and there were two young girls in front of me. We were waiting for the service to begin and I heard one of them whisper to the other, “this is what the ANZACs would have had to go through”. Right then and there was a lightbulb moment. This small bit of adversity as it rained made the day even more significant to this girl. I thought, wouldn’t it be great to give everyone a little bit more of an insight into the adversities and obstacles soldiers face on a daily basis?’

Inspired by his own stint in the military and that poignant moment in Terrigal, Trek 4 Vets, a non-profit organisation raising funds for veterans and their families, was founded by Andrew and friend Dean Luland, also a former soldier. On a mission to raise awareness, remembrance and assist serving and returned veterans and their families, Andrew embarked on his first trek on ANZAC Day in 2015: ‘The Midnight to Dawn March is just one initiative we started. I was running a boot camp called Battle Fit Australia based off my time in the military and my experience with group training, and I got about 30 or 40 of my members to trek that first year,’ says Andrew.

Andrew signed up for the Australian Defence Force on a gap year program straight out of school, swapping the idylls of backpacking around Europe for time spent serving his country: ‘It was a pivotal point in my life, being exposed to that environment and serving in Townsville. Seeing some of the guys get back from serving over in Afghanistan and Iraq and witnessing the aftermath of doing such activities,’ explains Andrew. ‘I really enjoyed my time there and all the struggles I endured. The character development, the people I met and the skills I learned.’

Whilst a personal family situation arose, taking Andrew out of the military after one year, he made sure never to rest on his laurels or forget what the experience had taught him. Having sadly lost friends and fellow soldiers to suicide following their return from war, Andrew knew he had to do more.

‘I always had a sense of guilt for not staying on and not going overseas to serve my country, because that’s all I wanted to do. When you’re in there, people talk to you and ask, why do you want to go overseas? My analogy was, it’s like being an athlete training for an event; you want to go to your event, you don’t put in all this training just to be good at the training.

‘Not being able to continue on my service, I felt guilty. But I went to Kokoda the year that Trek 4 Vets was founded with the co-founder Dean Luland, he was in the military for 10 years and he lost one of his best mates in combat. There were 40 of us who trekked 96km over seven days. Every single person there was affected directly and indirectly by war, whether they lost their son, their husband, their father, brother or best friend,’ remembers Andrew. ‘We all got to share our stories and come together in this arduous environment over seven days and a lot of walls and barriers were broken. It was an amazing healing process that I’ll never forget. I thought to myself, I can do more good with this charity than I could ever do if I was serving in the military. We may not be able to go over and fight their battles but at least we can be here for when they get back, when the battle still continues.’

Taking place on ANZAC Day (25th April 2019), the Trek 4 Vets Midnight to Dawn March this year raised funds for Mates4Mates, a charity supporting the wounded, injured or ill current and ex-serving Australian Defence Force personnel. The challenging 18km+ trek tested personal limits, starting from Killcare Beach and culminating at Terrigal Haven just in time to give thanks to and remember all those who served and sacrificed for their country in the ANZAC Day dawn service.

‘You can go clean skin, or you can carry a backpack, a torsion bar or a weighted vest,’ says Andrew. ‘You trek your way through some beautiful coastal scenic landscapes, all marching as one, unified in paying your respects and giving back to the military community. Besides raising funds, which is obviously an important part of the charity, I wanted to create more of a connection between the civilian and military population. My long-term goal is to make significant strides in connecting the two communities and raising awareness and funds to help our current and ex-serving men and women, and their families who have lost and sacrificed so much.'

Training for the Midnight to Dawn March each year is essential to prepare for the arduous walk navigating steep hill climbs, uneven terrain and scrambling over rocks.

‘We’ve had a few people over the years attend because they read about the event and connected emotionally, but with no training behind you it can really undo you,’ explains Andrew. ‘We have emergency vehicles on standby and thankfully we've never had to use them. If I had to give any advice, it’s definitely to get accustomed to spending time on your feet!' 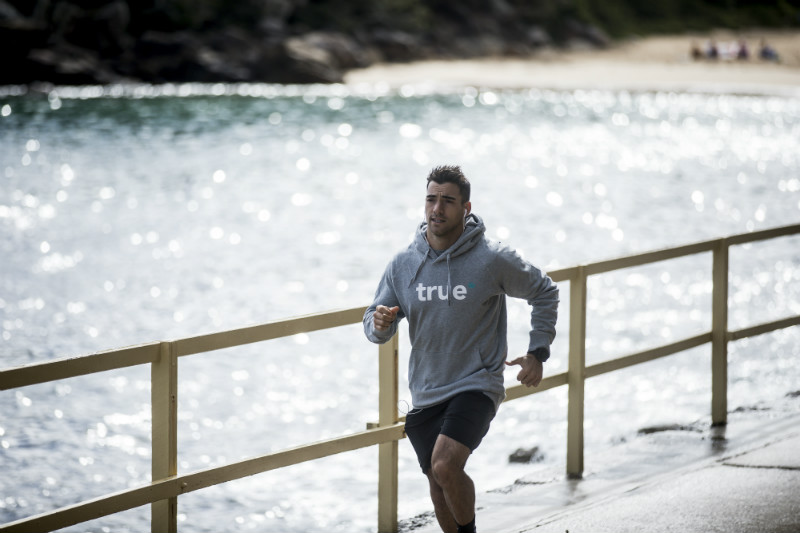 ‘Whether you can run 10km really fast or whether you’re quite fit at your metabolic conditioning, walking for five hours is a completely different story! Get accustomed to doing a lot of hill repeats and walking for long periods of time. If you’re going to carry a weighted vest or a bar, it’s imperative that you get accustomed to it because if you don’t train you won’t realise that you might get some friction burns on your shoulders, your armpits or your lower back.’

Whilst the trek is sure to test your physical limits, there will be emotional highs and lows too: ‘There’ll be some moments when you’re on a visible high as you watch the 100 head torches behind and in front of you with beautiful views around you. It's a surreal experience when you pause and think what you're doing is for an amazing cause. Then there are moments when you’re just trudging along, placing one foot in front of the other. Your feet, knees and back are sore and you’re fighting the fatigue. Regardless, everyone continues to walk together, supporting one another and bonding in the mutual suffering. That's comradery.’

Arriving at Terrigal Haven’s beautiful beach just before dawn, the group gathered for the ANZAC Day dawn service around 30 minutes before it started.

‘I tell everyone you’re not allowed to sit down during the service because, as much as you want to sit after you've just walked five or six hours through the night and it’s very painful to stand still, it’s this little bit of pain, this slither of adversity that you have endured that will give you some perspective into what our defence force personnel go through regularly.'